Two-piece folk/punk band "Heels" drop record: Even if It's Nothing, It's Something 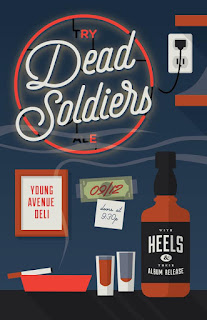 “Off With Their Head,” the single for released by Memphis folk/punk duo HEELS abruptly stops at the 2:42 mark and waits an entire four-Mississippi seconds of dead silence before kicking back in to singer Brennan Whalen’s warm acoustic guitar tone and drummer Josh McLane’s punky tom fills.
For the listener, the result might be genuinely confusing at first but the quirky break ultimately wins audiences over.
“We absolutely love screwin’ with people musically,” McLane said. “We did it once where we did that stop, I told a joke, and then we finished the song. Cause why not?” 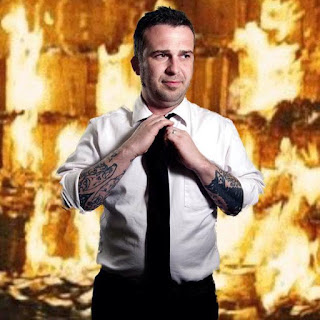 McLane, who is as much of a skinsman as he is a local stand-up comedian, is more excited about HEELS than any other local band he has been in. Saturday Sept.12 the duo released their 7-track album at Young Avenue Deli as they open up for local act Dead Soldiers. Even if it’s Nothing, it’s Something was recorded at Ardent studios and McLane promises the 5$ record will continue to sell itself.
“I’ve never clicked like this in any other band I’ve ever been in,” McLane said. “It’s just the two of us and we both kind of dare each other with stranger concepts of songs or ideas of songs. We have a CD with 7 songs on it and all 7 of them sound drastically different.”
What’s different about Whalen and McLane’s new project is the newfound “freedom” the two have found by stripping down the sounds of their previous bands. McLane first saw Whalen performing at The Hi-Tone in “americana” group The River Rats. Later the Rats enlisted McLane as a drummer and then ceased to exist. After that, the two collaborated in a metal band called The Hombres. Heels was born as a result of McLane genuinely missing the acoustic singer-songwriter side of his bandmate that wasn’t being exercised regularly anymore. 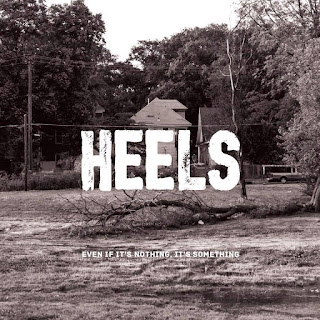 “This is the first record I’ve got ever made where both guys in metal bands I’ve been in AND my parents like it,” McLane said.  “Brennan’s the king of having this beautiful soft and passionate voice and then you see his lyrics and it’s like what the fuck are you talking about. It’s great.”
McLane admitted that although he takes more pride in his stand-up work than thinking himself a lyricist, often times Whelan will borrow a phrase or a two from the drummer; creating somewhat of an equal-written effort from both musicians.
“Brennan and I will be pontificating about stuff at practice and the next day he’ll have a song,” McLane said. “Literally the lyrics will be the conversation we had before. This is easier to do with just two people, but I’ve never been in something that was this split down the middle. If we sued each other over writing rights we’d be in a legal battle for years.”
Along with writing songs together Heels also enjoys covering “short, stupid songs” as well. After the two learned one such tune, originally performed by comedian Sarah Silverman the band was disheartened to learn that legally they could not release it on their record. The two even reached out to Silverman over Twitter but was told Comedy Central still owned the rights to it. Nonetheless, Heels had a plan. 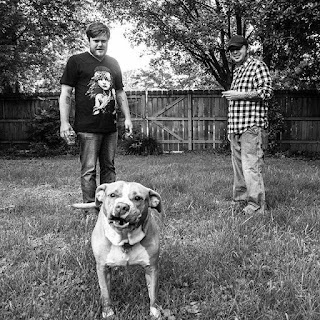 “If you buy the record, you get a link to where you can buy ‘Poop song’ for free,” Mclane said. “We’re very serious about what we do but in the same breathe nobody wants a pretentious asshole...especially with guys that look like us - post hardcore guys with tattoos and beards.”
McLane admitted his band is influenced from everything from “Zappa to Deftones” and further explained how the juxtaposition of silly songs and serious songs works for the two.
“It’s great because when you have funny stuff too and you don’t take yourself so seriously than some of the originals can beat the audience over the head with how serious they are,” McLane said.
Days before Heels dropped their album at Young Avenue Deli, the drummer/comedian felt confident that the debut record would shake things up.
“We may be acoustic and drums but we throw down live,” McLane said. “We don’t have some huge, sick sound but we back it up with feeling.  Y’know you just take one thing you don’t have and you replace it with something you do. it all goes back to the title of the record.” 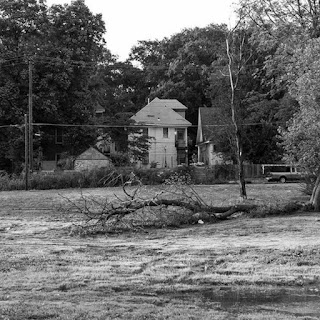 The single for Even if it’s Nothing, it’s Something, “Off With Their Heads” can be found on the band’s bandcamp account, but McLane made it clear that Heels isn’t trying to show off their musicality to the entire city of Memphis.

that to each other, but because of that we’ve written the most honest music of

our entire lives and it's fucking good.”

Check out the single: https://heelsmemphis.bandcamp.com/releases

Alin "Gus" Carrington
Memphis , TN
Mike Hranica has pointed at me. I caught Tino Arteaga's smashed drumstick. I once had a decent conversation with Jerry Roush about Grand Theft Auto. I love the bands that come through Memphis almost as much as the great local sounds this city produces. I'm a reporter at The Daily Helmsman and I play acoustic folk/rap shows as Just Gus AKA Gu-Money